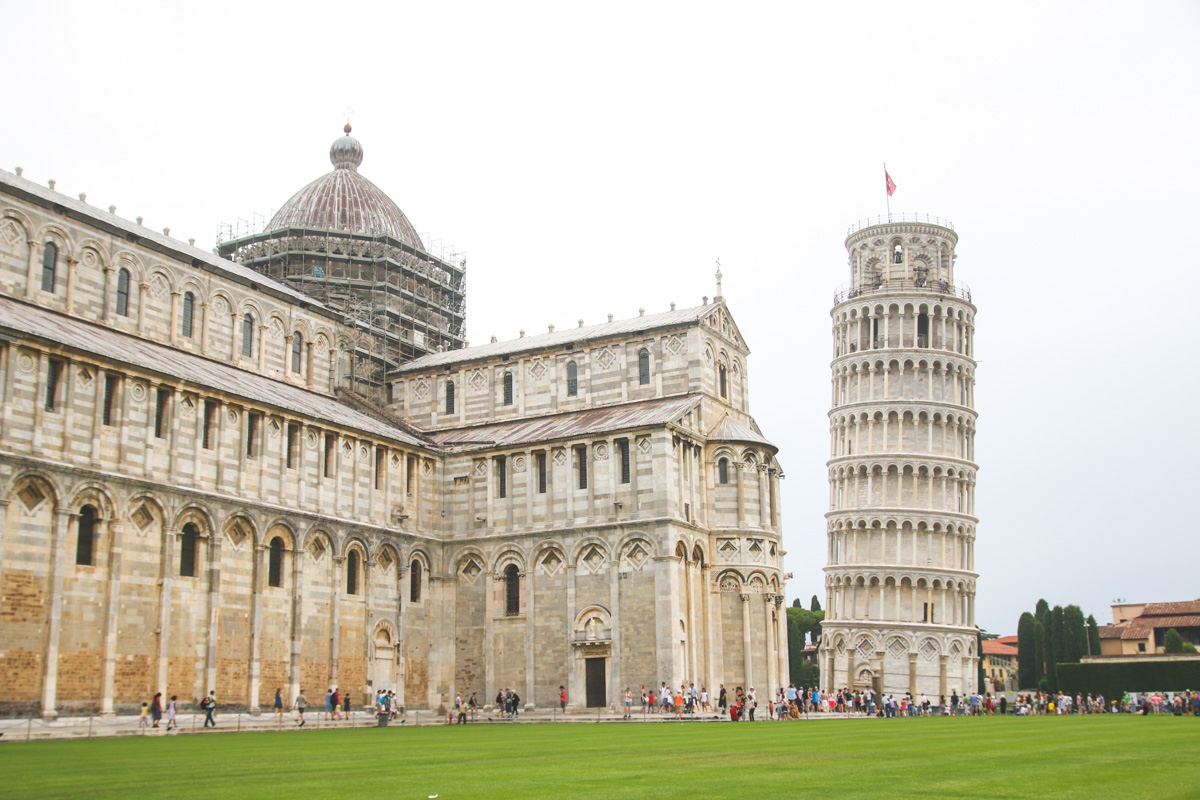 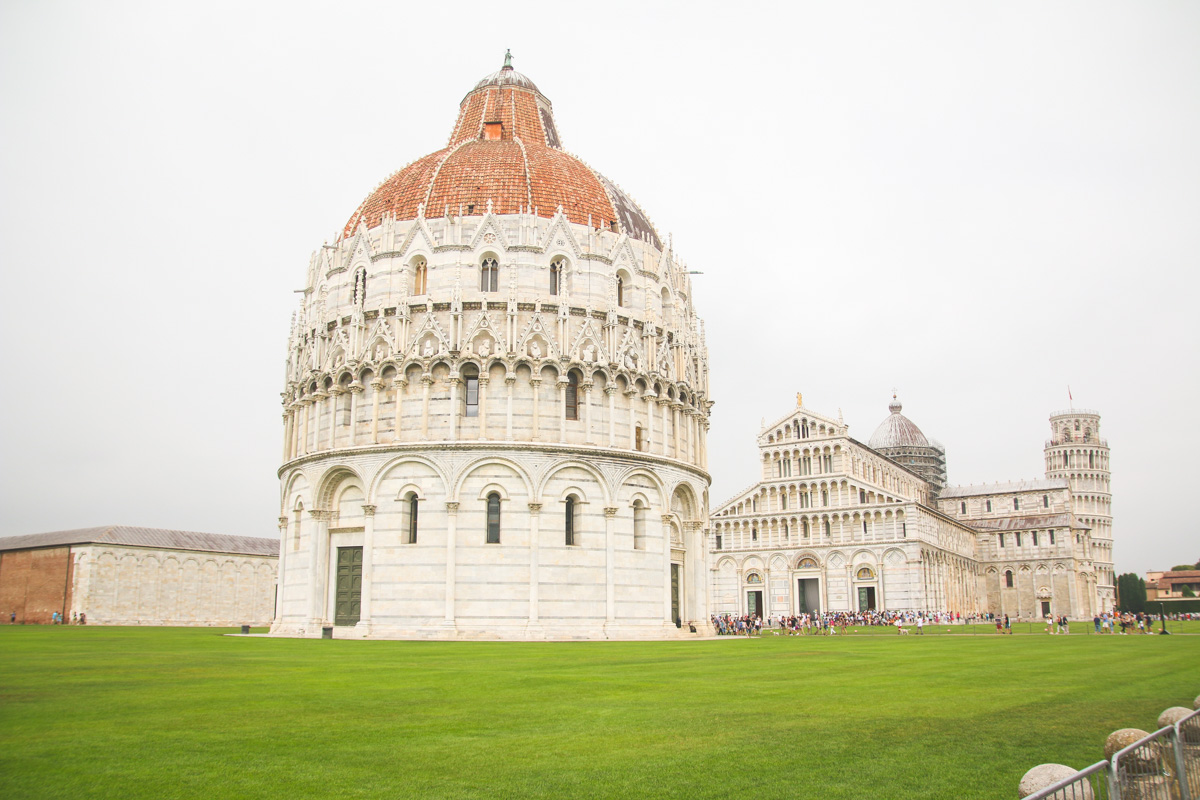 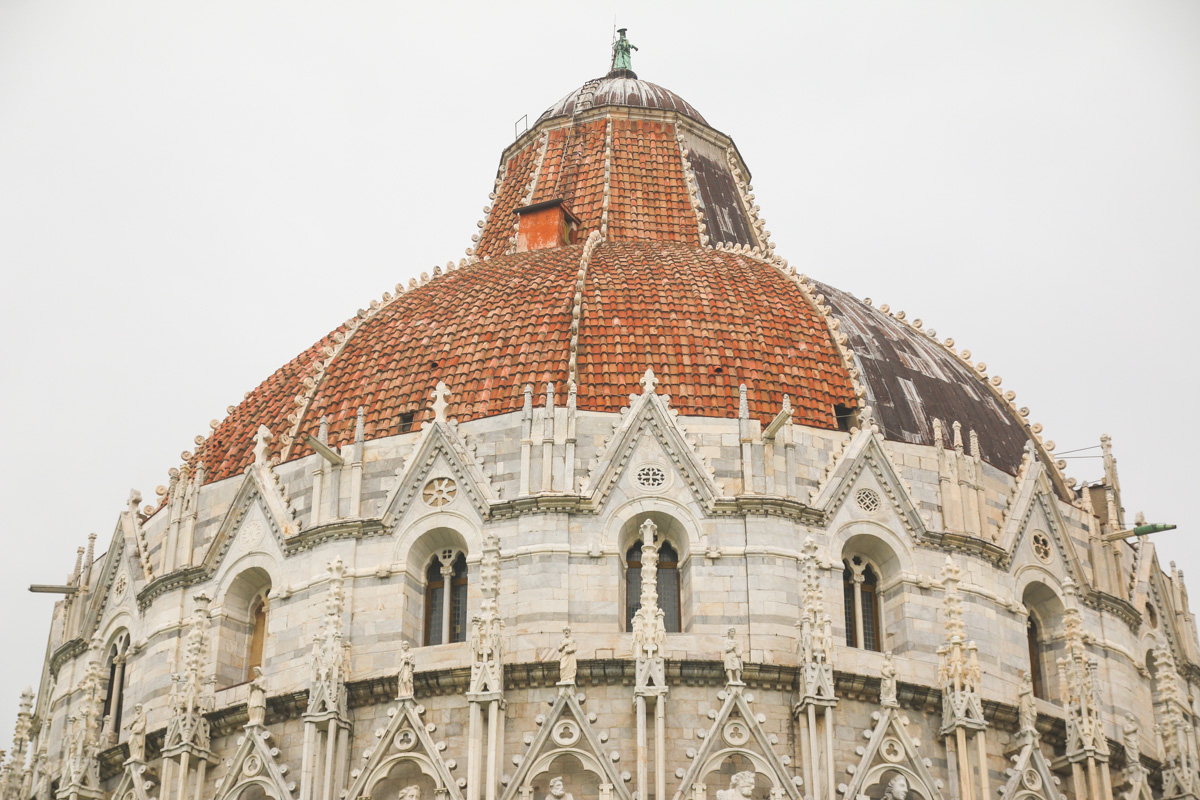 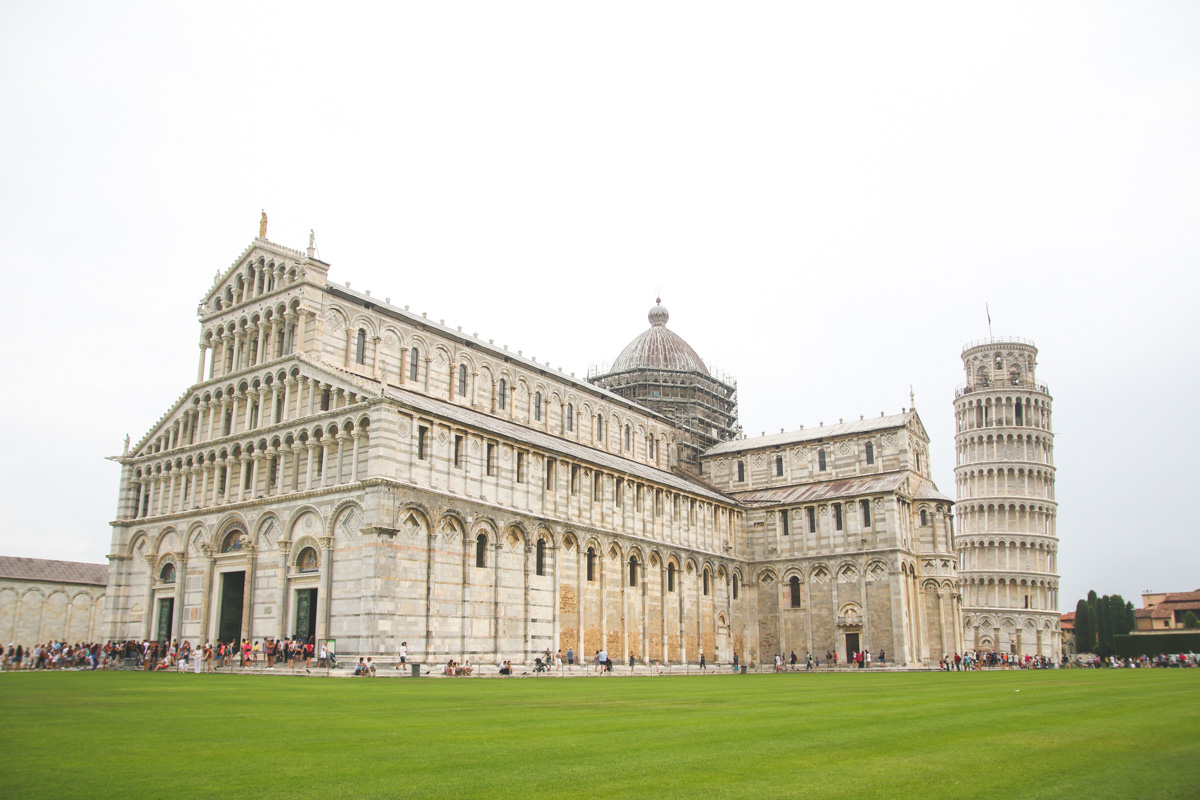 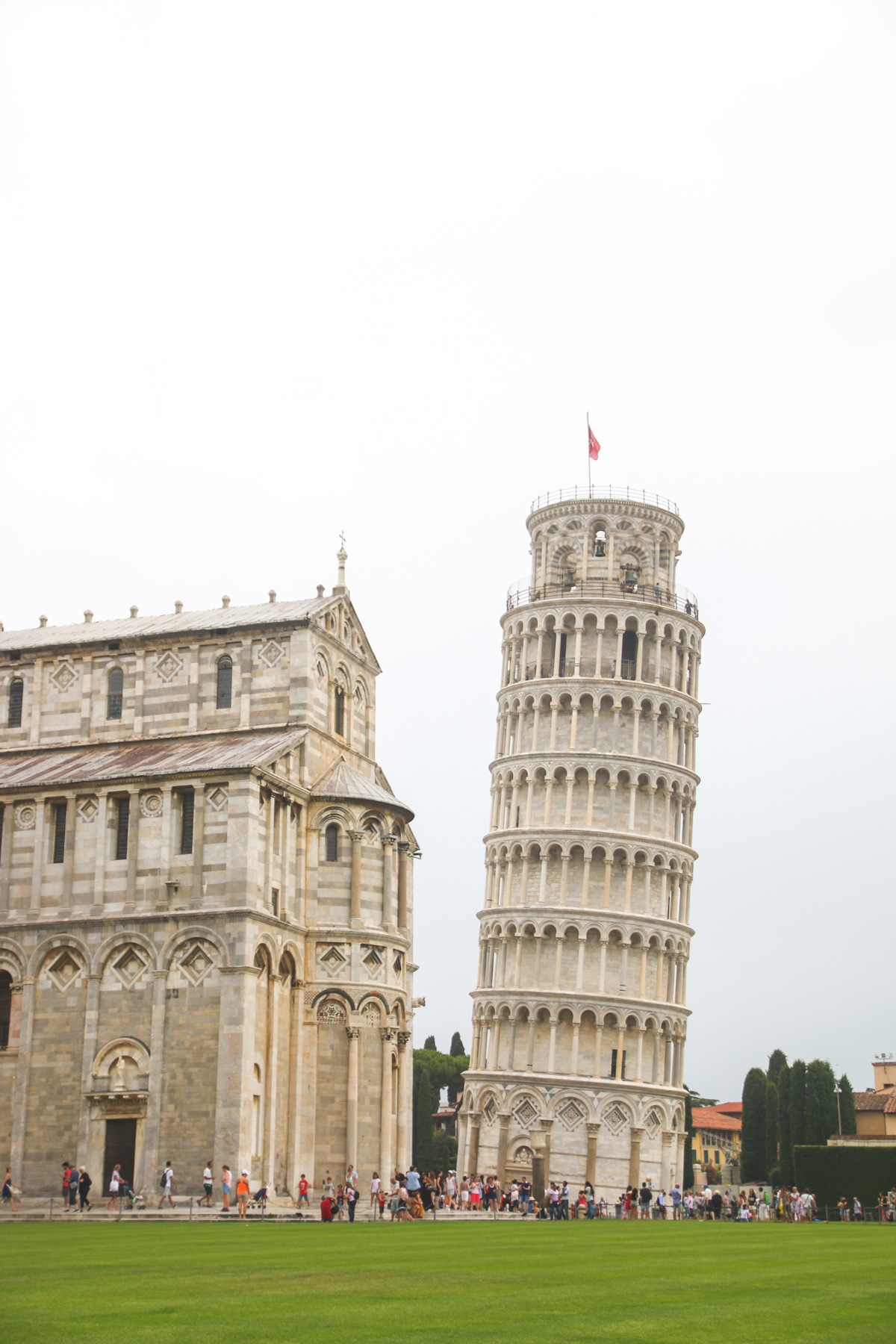 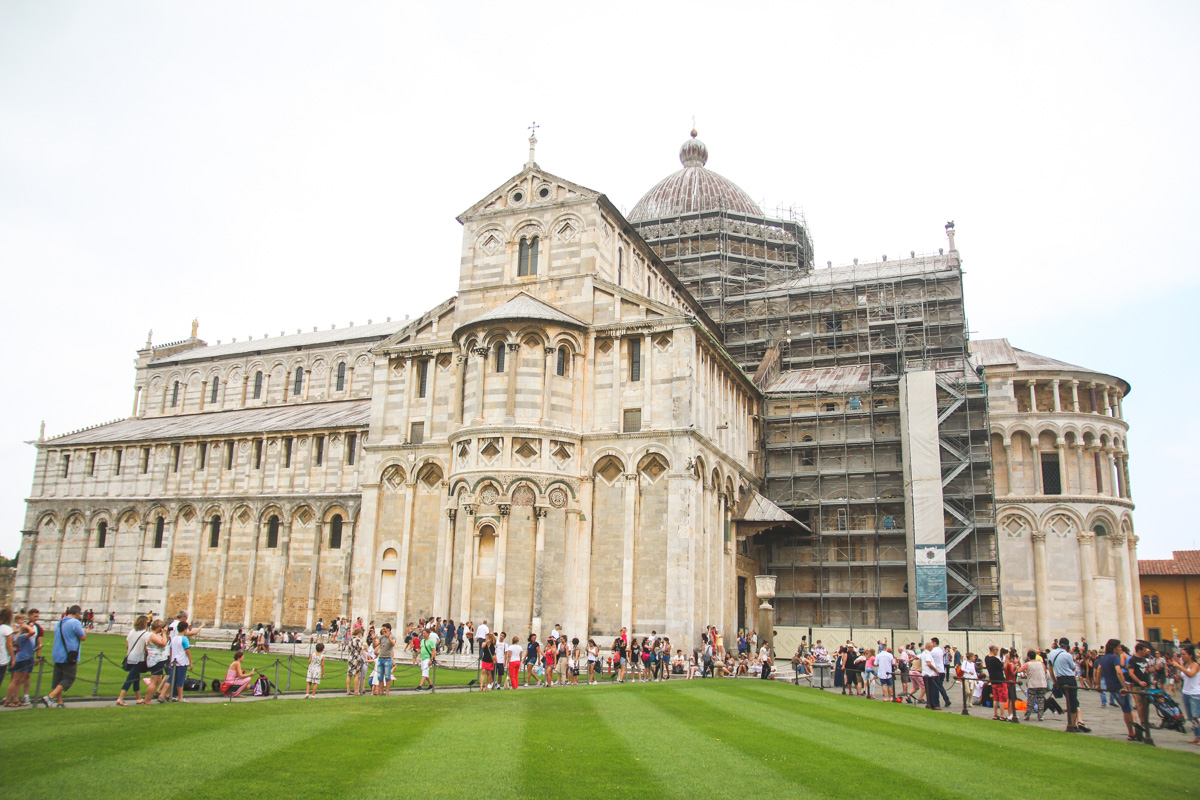 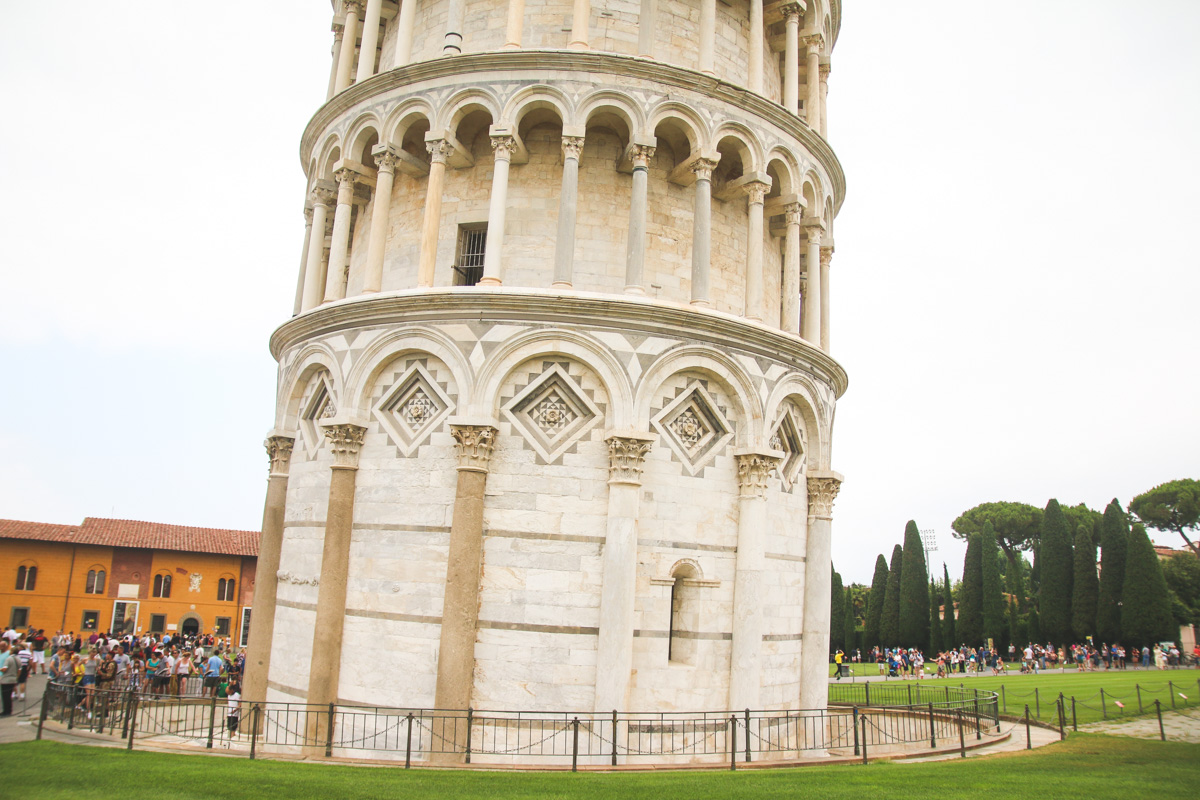 The Leaning Tower of Pisa

On the last day of our trip, we had a few hours to kill before heading to the airport and I’ve always wanted to visit the Leaning Tower of Pisa, so we headed there for the afternoon. Cinque Terre is only an hour or so by direct train, so it was so easy to get there. We left our luggage at the central station, then caught the bus right outside the station over to the Leaning Tower. It was so simple, and the bus only cost a few euros each.

We decided to skip going up the tower since it has to be booked a few weeks in advance, and is pretty expensive too at €18 each (you can buy the official tickets here) for entry only to the tower and decided to just walk around the area and grab some lunch instead (plus, we didn’t fancy climbing all 294 steps to the top, as I’ve heard that when you come back down, it feels as though you’re falling down the stairs?!). 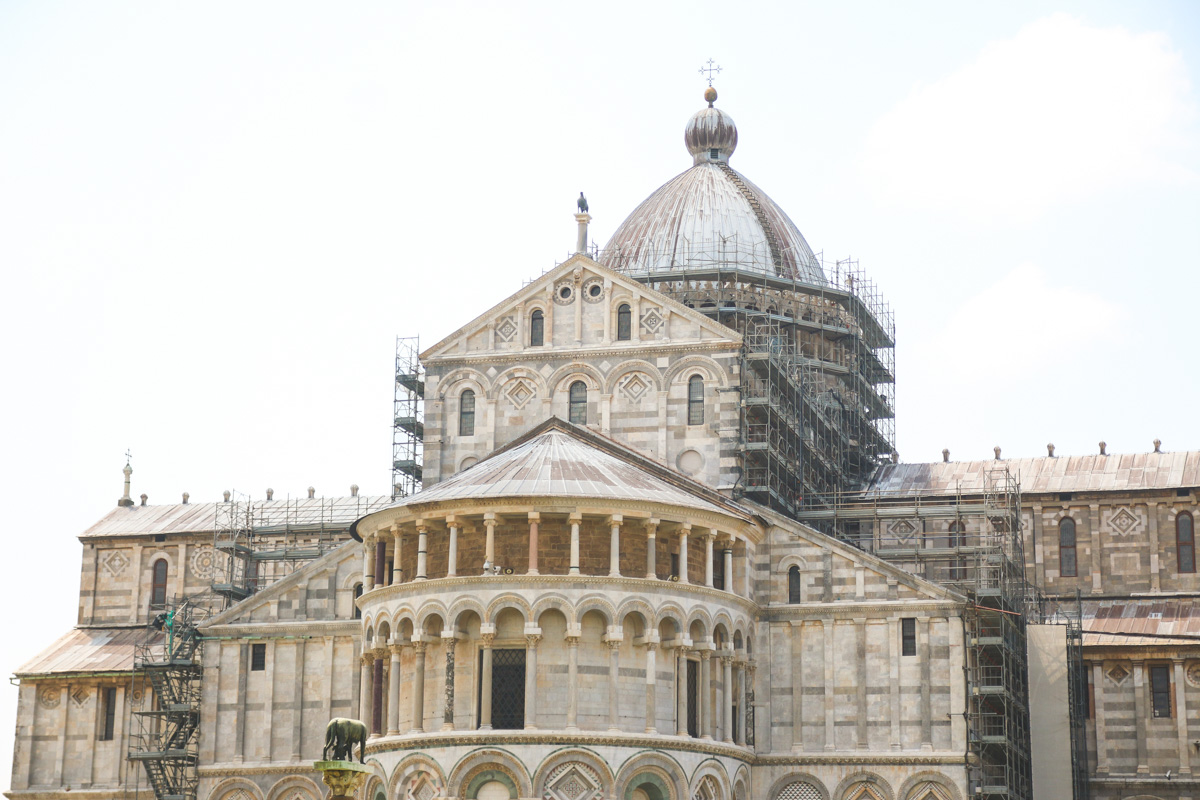 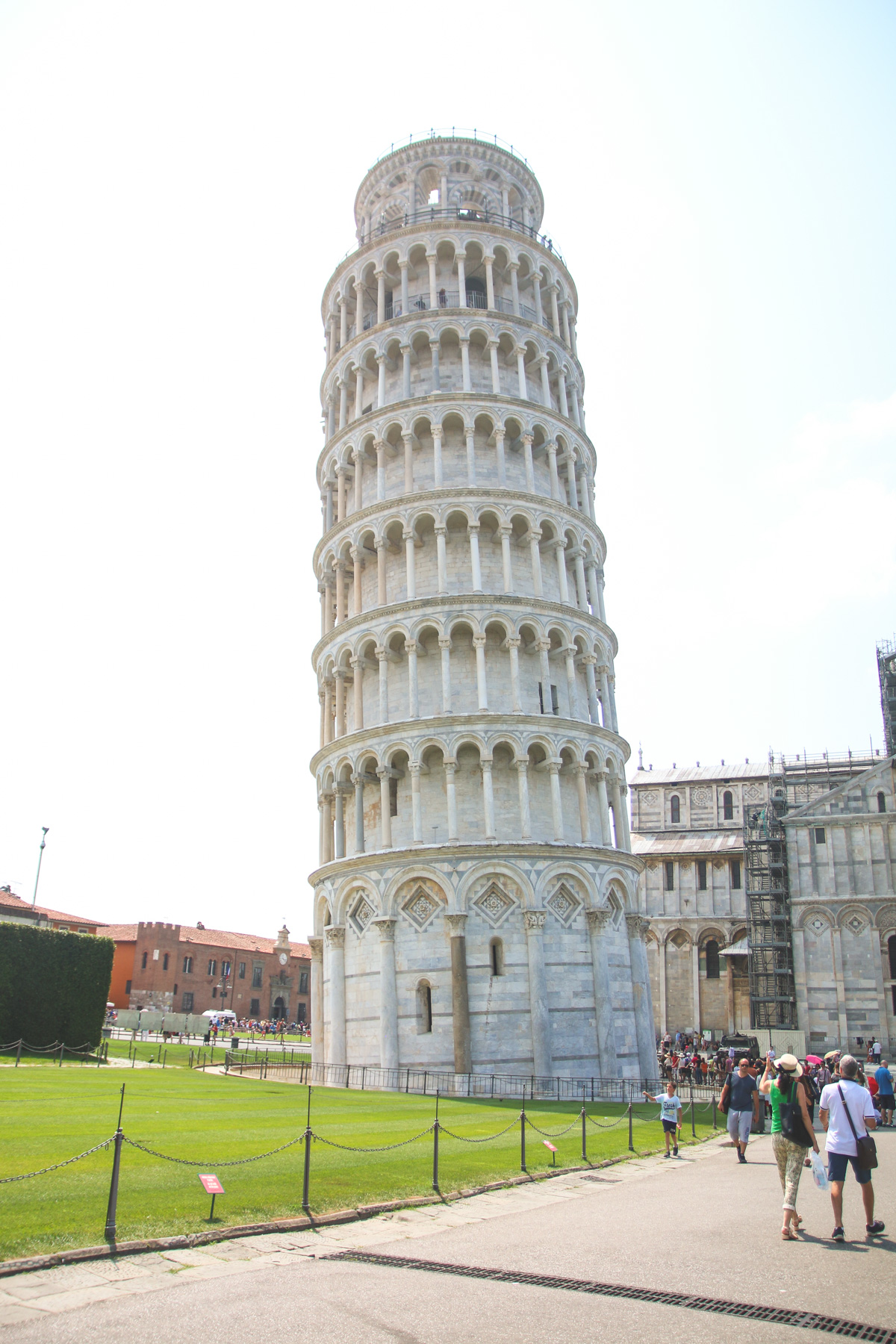 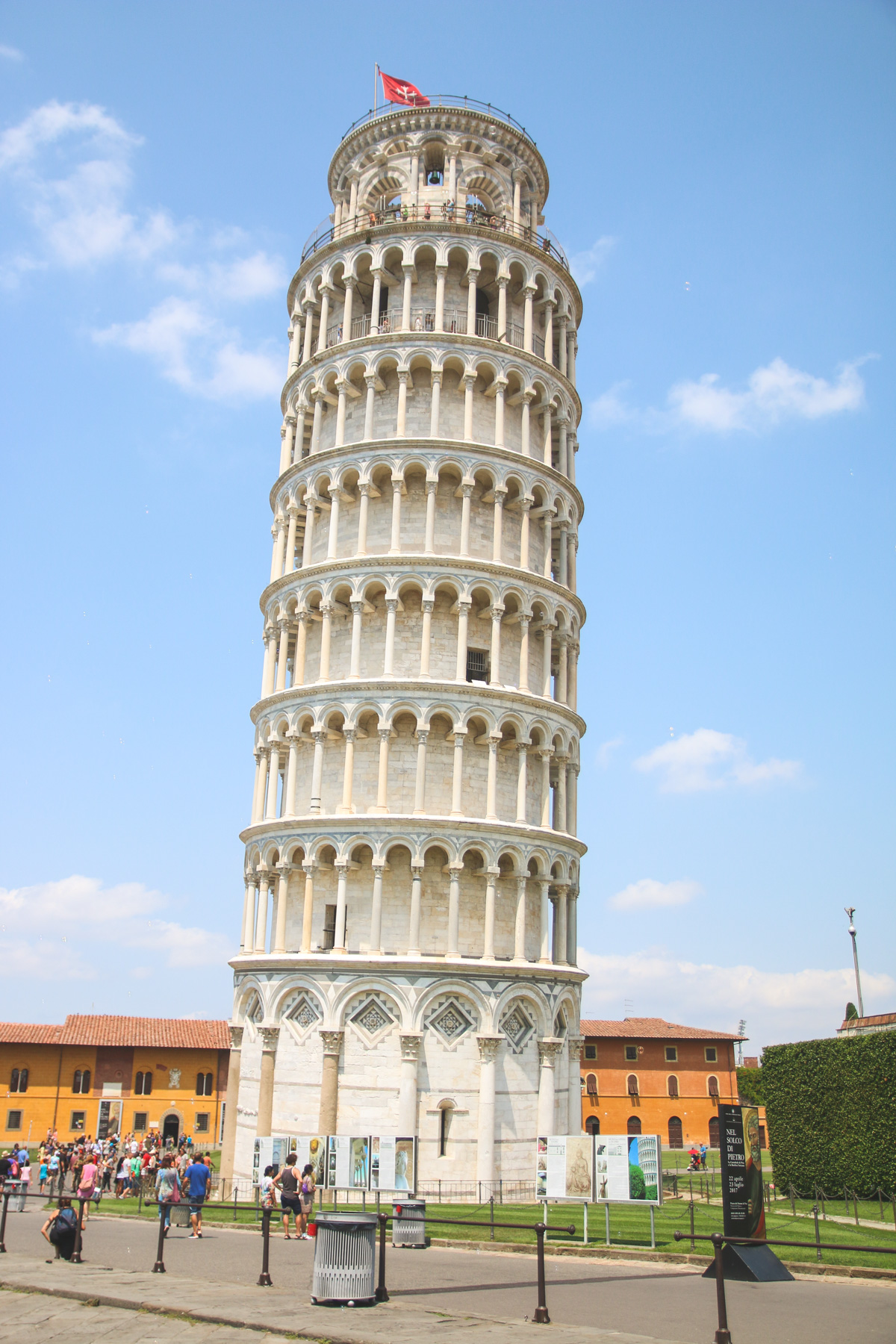 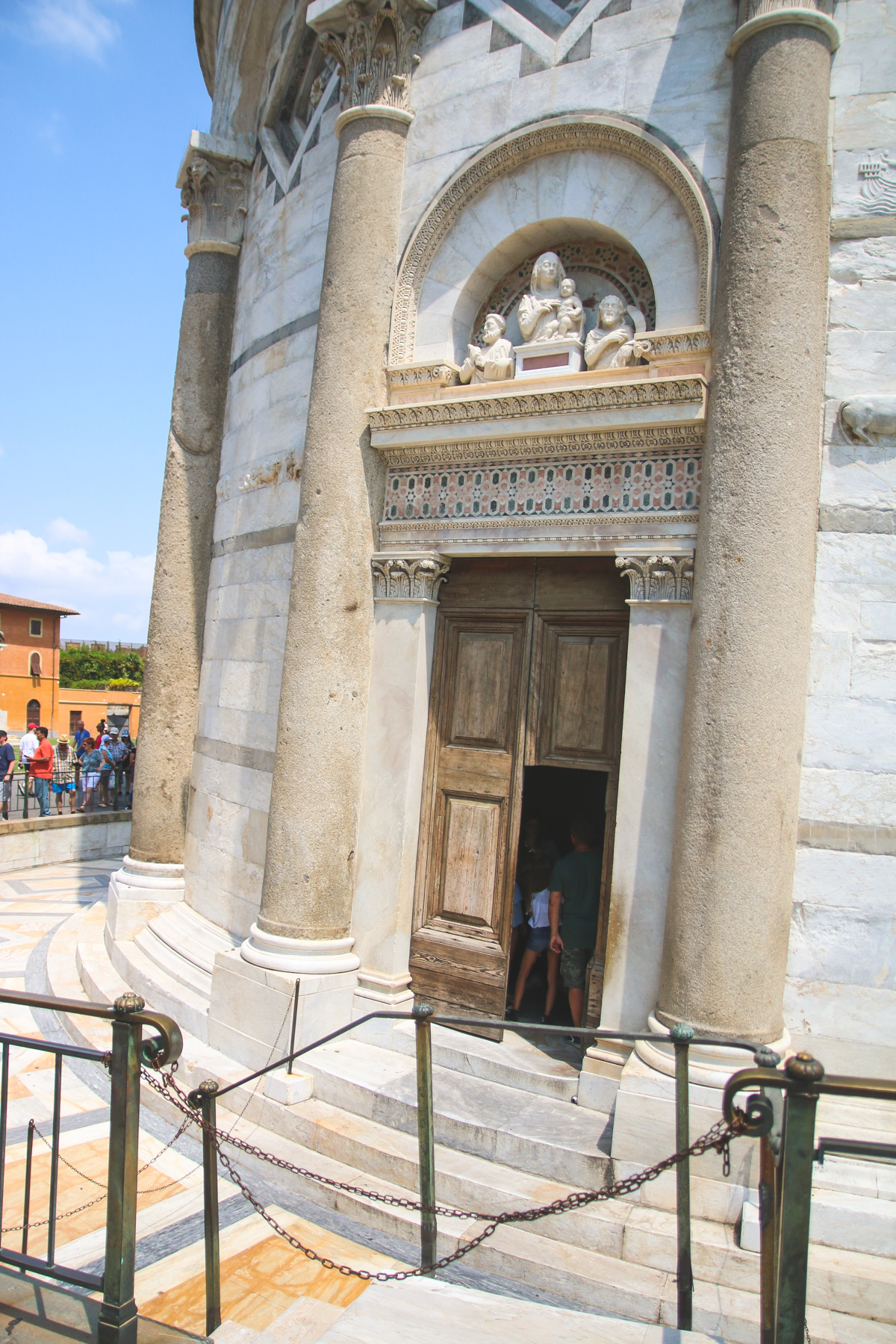 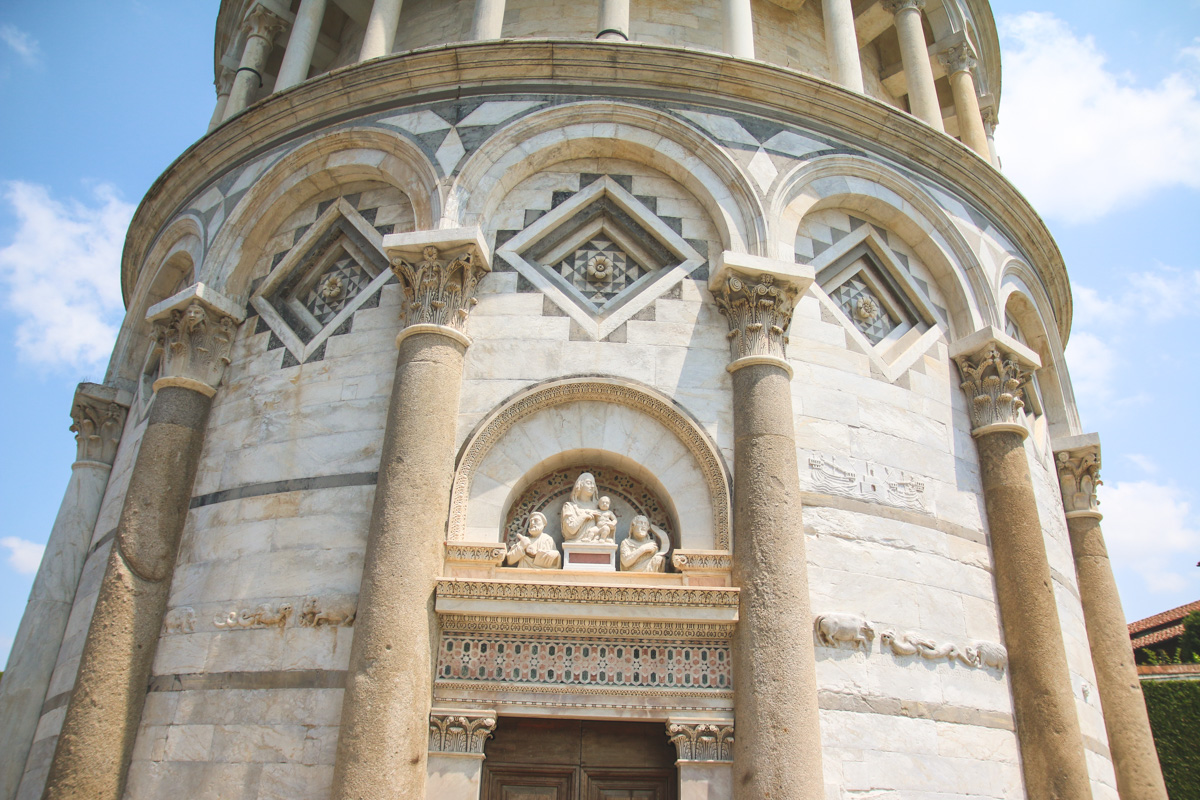 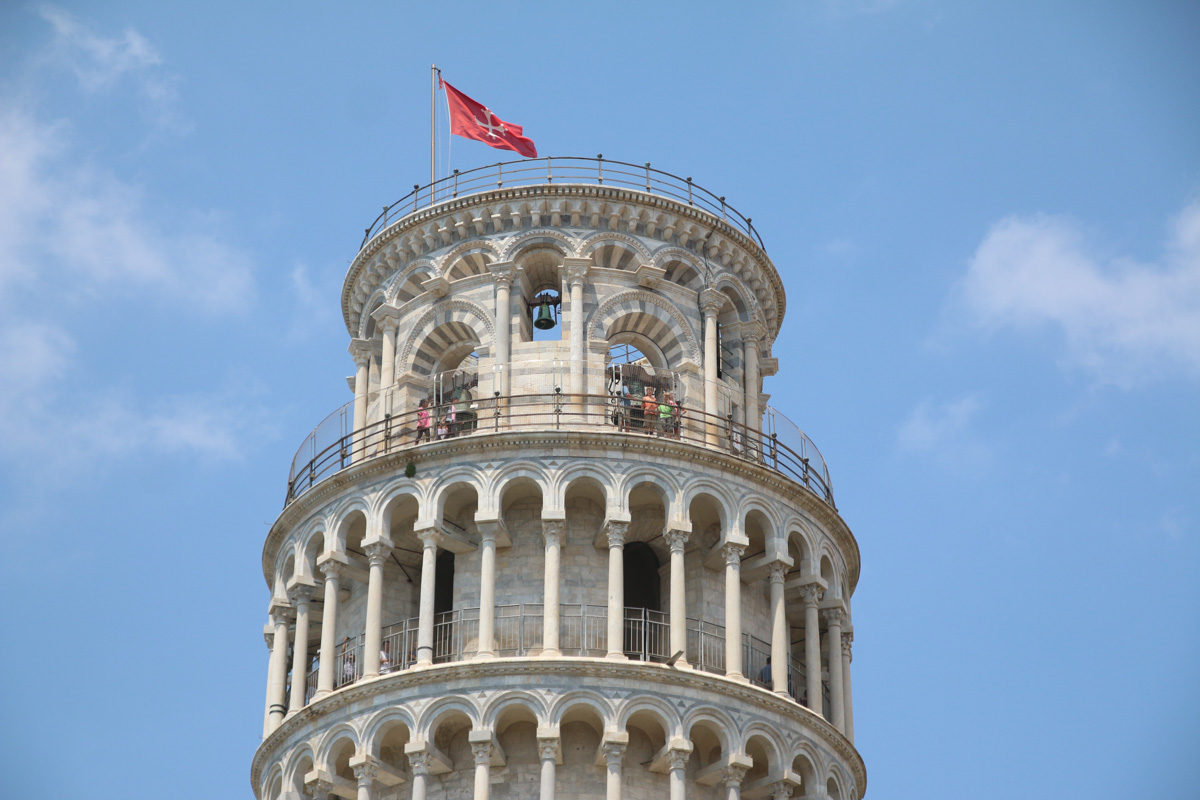 I find the history of it so interesting – construction of the Leaning Tower was started in 1173 as the final building in the cathedral complex and was designed to be 185ft high, but after 3 stories were built, the clay ground beneth the tower started to give way and as the foundations were only 3 meters thick, the tower started to lean. Construction stopped for over 100 years due to different wars throughout the years.

Construction started again in the 14th century, but the tower continued to sink with the added weight. The architect at the time decided to try and fix the lean by making the floors taller on one side to compensate it, but it was still sinking at a rate of 1.2mm per year by the 20th century and was leaning by almost 5.5º.

In 1990 the tower was closed as work began to straighten the tower to prevent it from collapsing. Various types of cement and bracings were used to support the tower, and soil was siphoned from underneath the tower foundations decreasing the lean by 17 inches to a lean of just under 4º. The work was completed in 2001 and the tower was re-opened to the public. 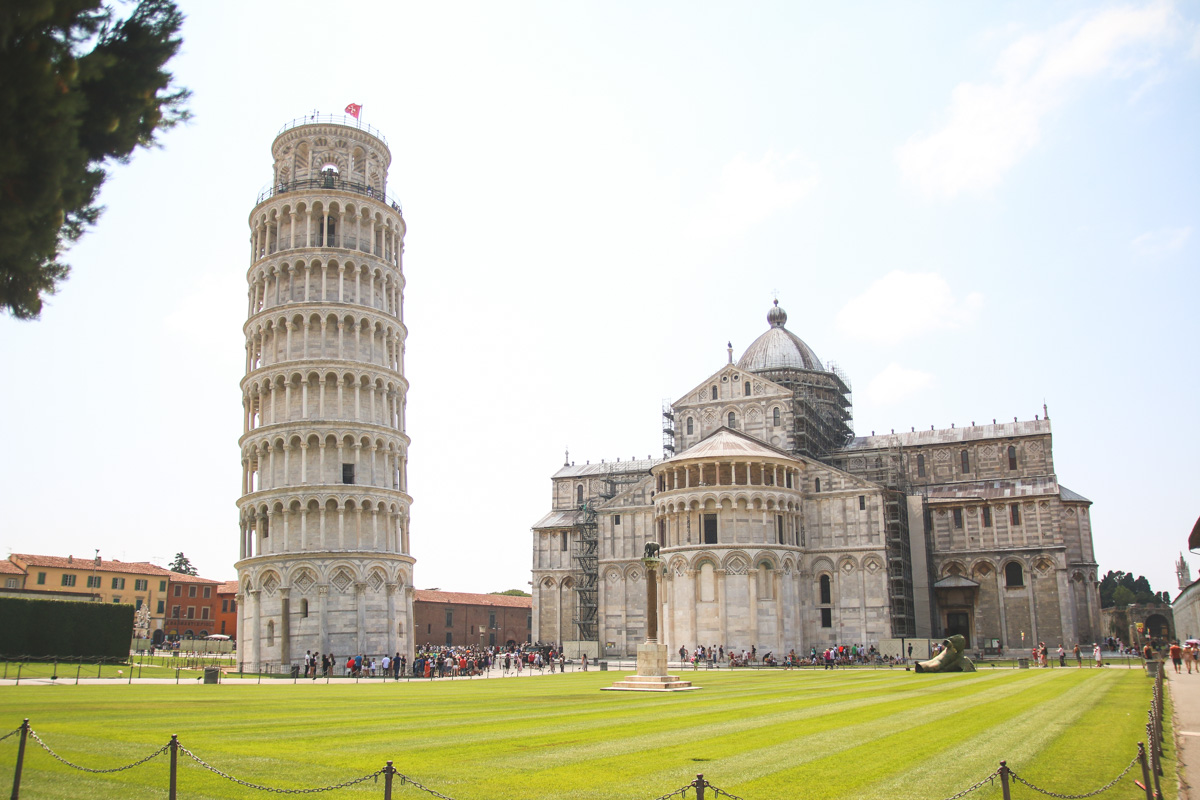 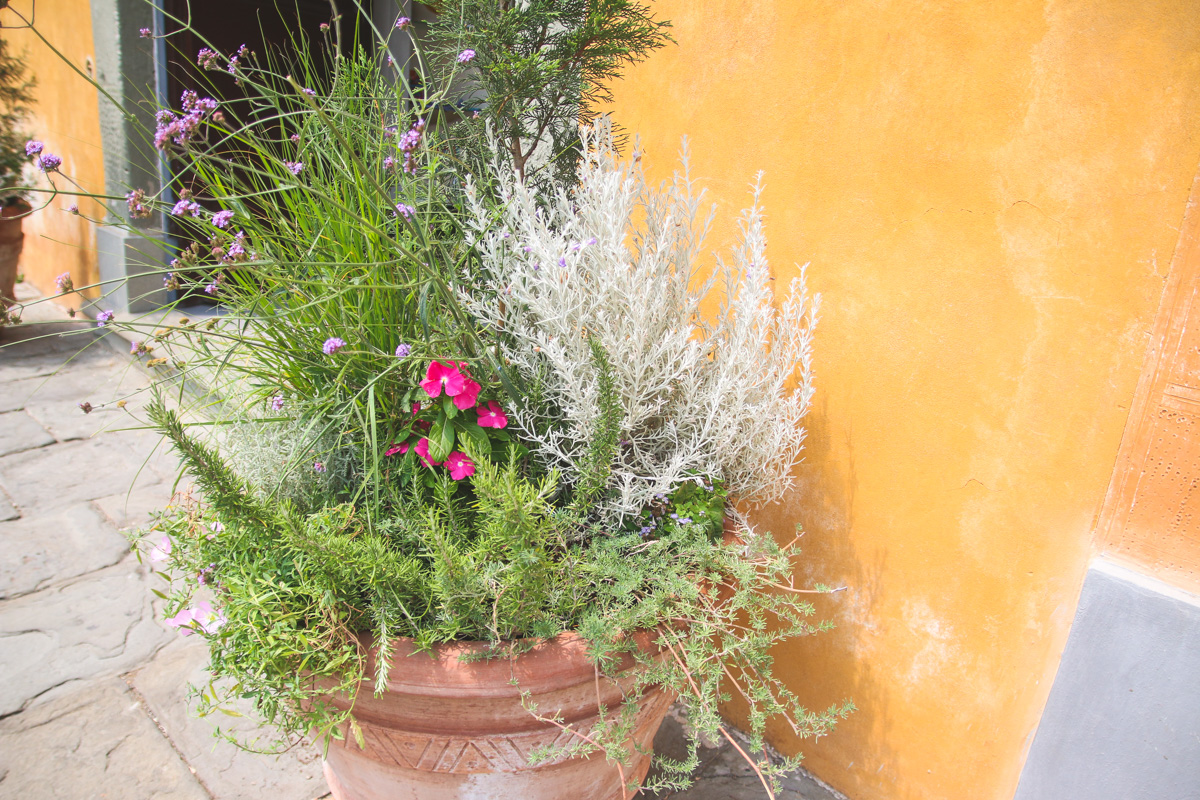 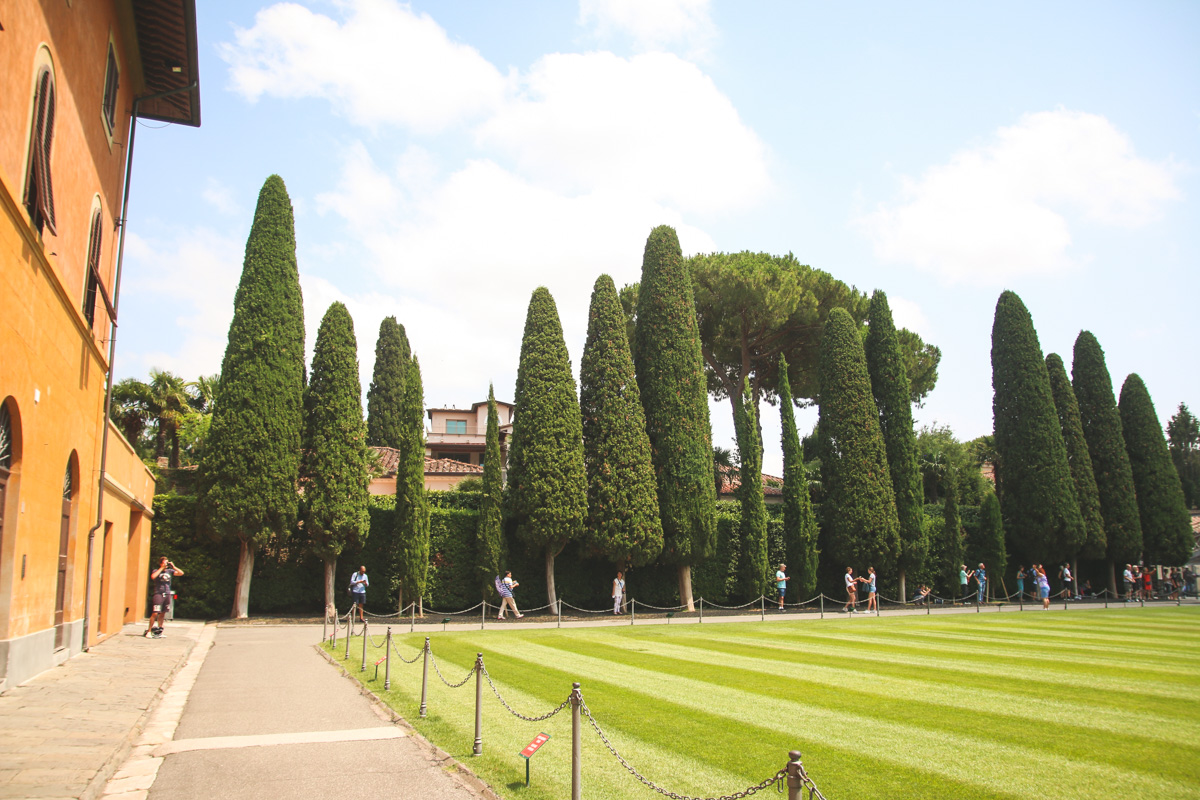 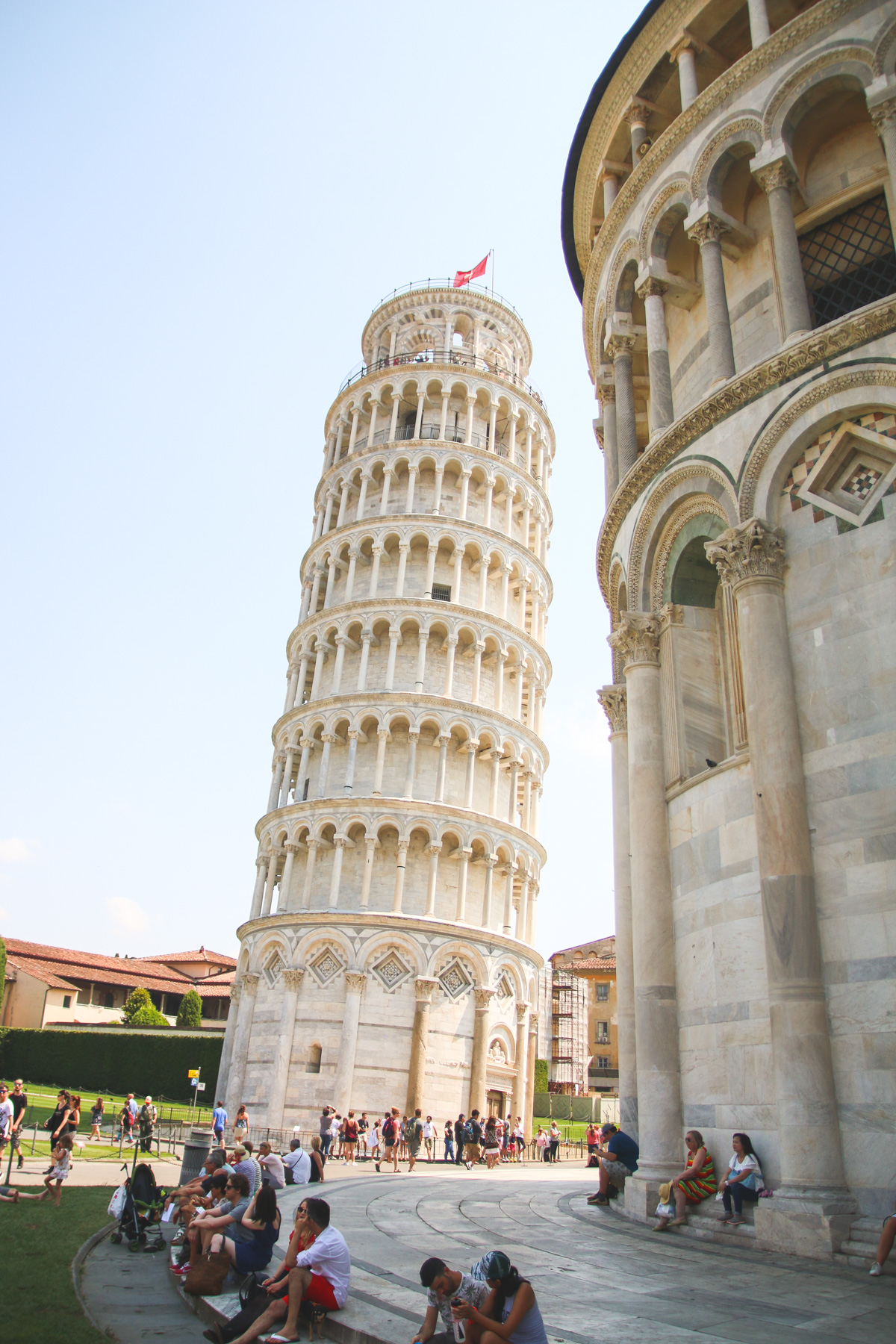 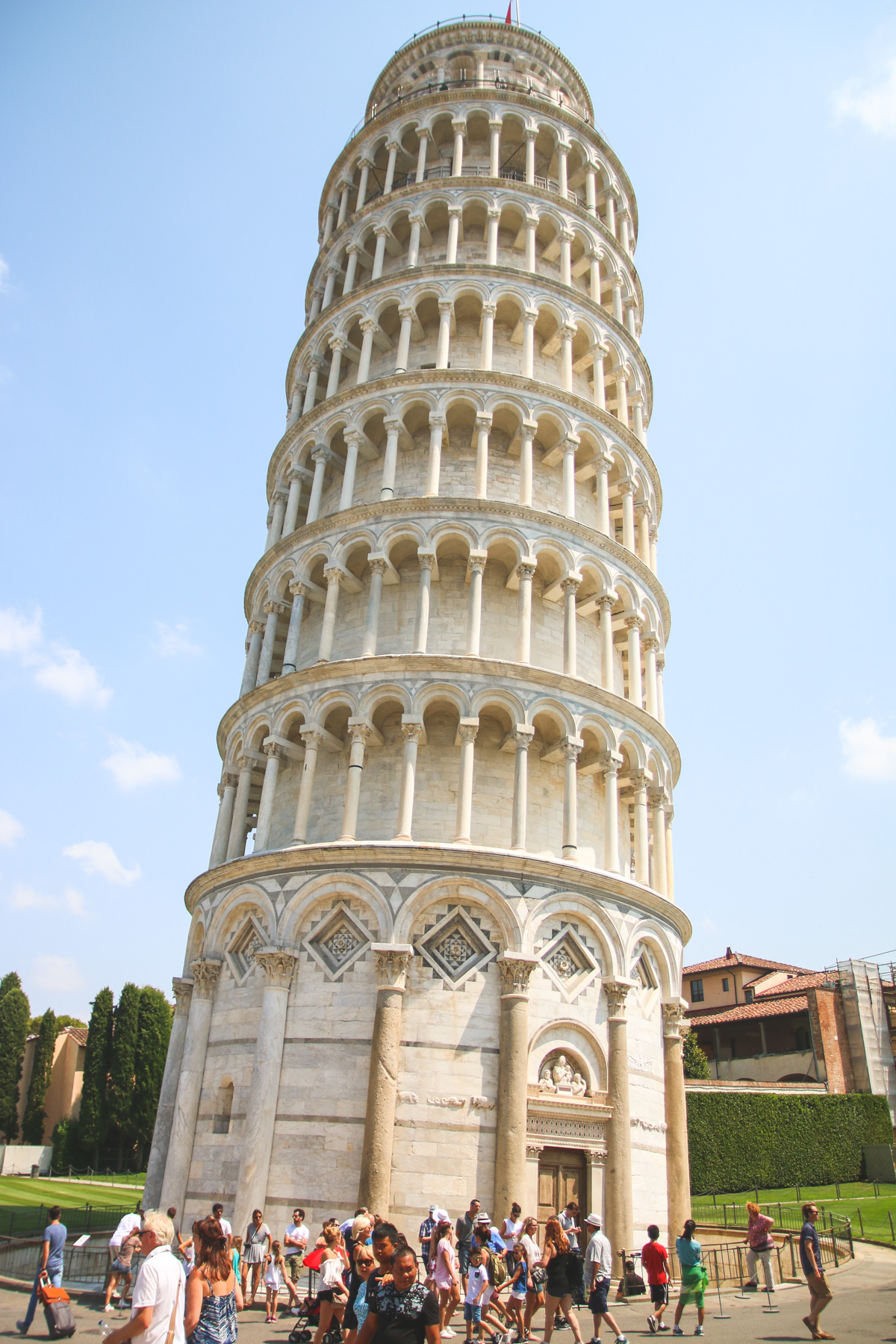 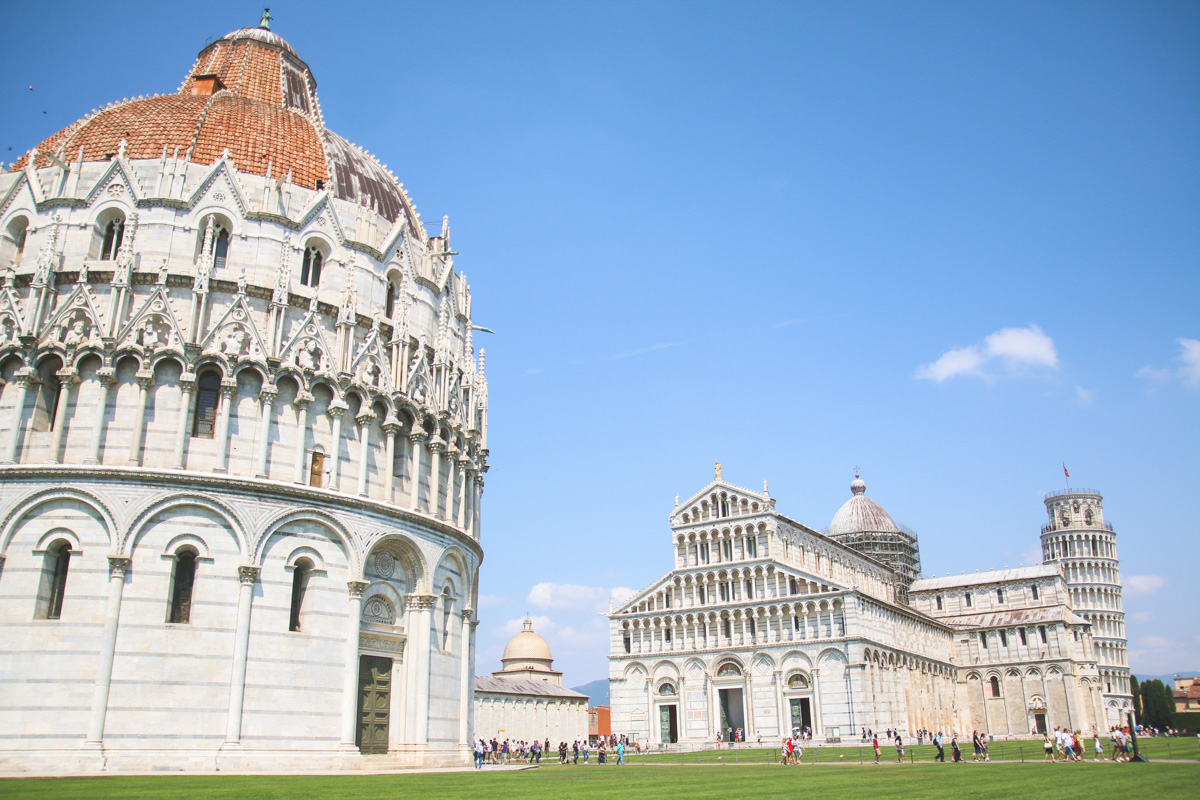 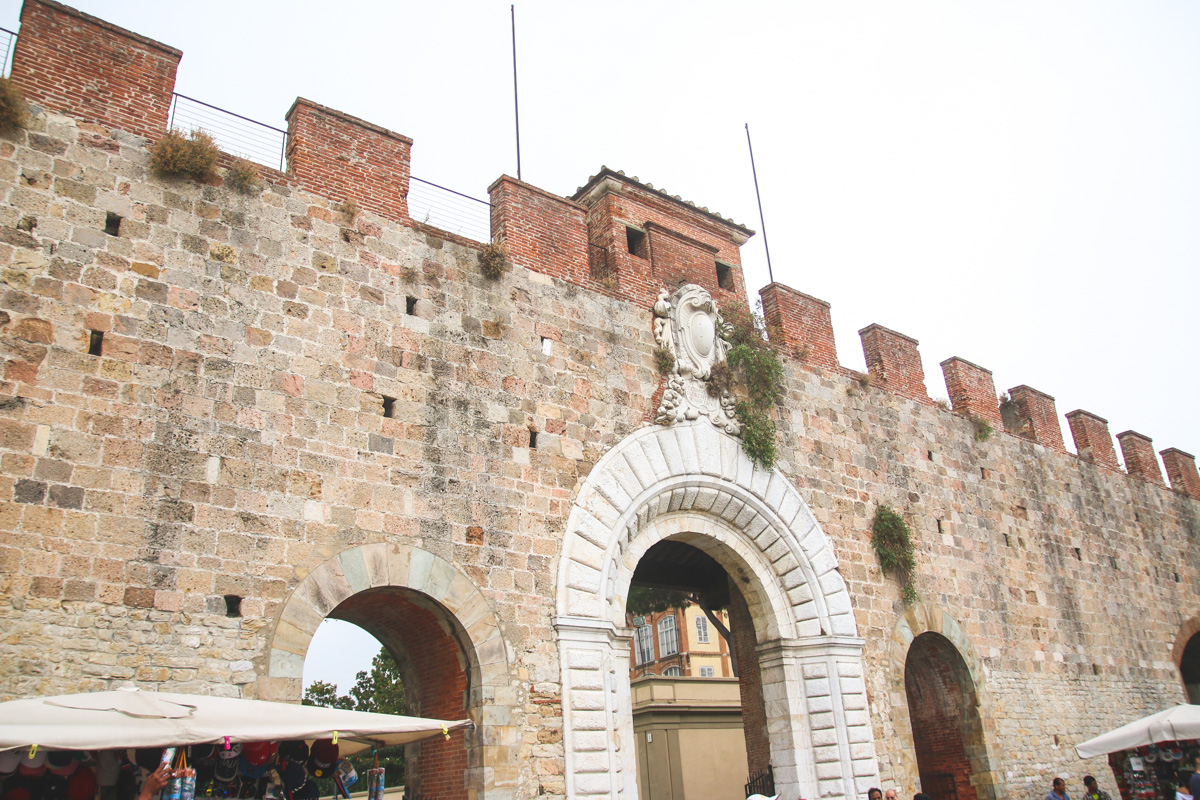 The area around the tower was really nice. It was a little cloudy when we first arrived and tried to rain, but by the time we’d left the skies were clear and the sun was shining. It’s a shame they’ve cordoned the grass area off, as it would have been really nice to sit on the grass for a while, but I totally get whey they did, as it was crazy there with people trying to get their propping the tower up photos (we were too boring for that haha).

I think it’s definitely worth stopping in to see it if you’re in Pisa, but other than that there wasn’t really too much in the area to see, so a half a day in the city is all you’d really need. It worked out perfectly for us to pop in just before heading to the airport.

Have you been to the Leaning Tower before? Did you climb it? 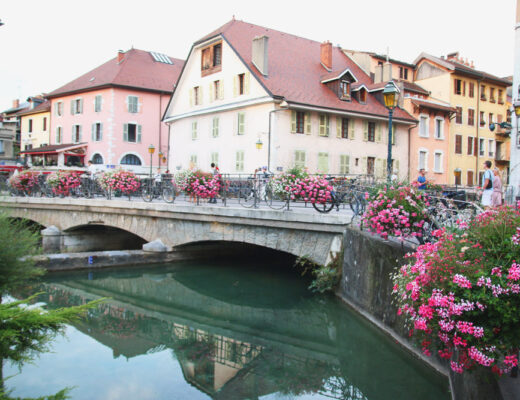 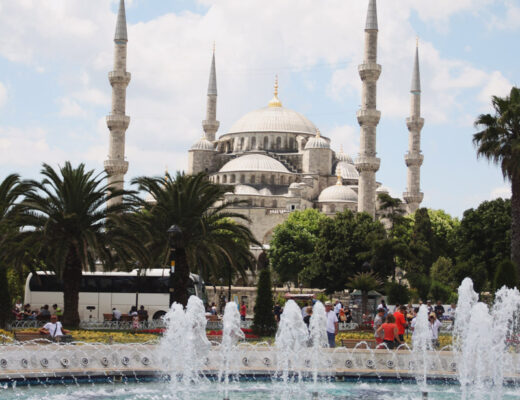 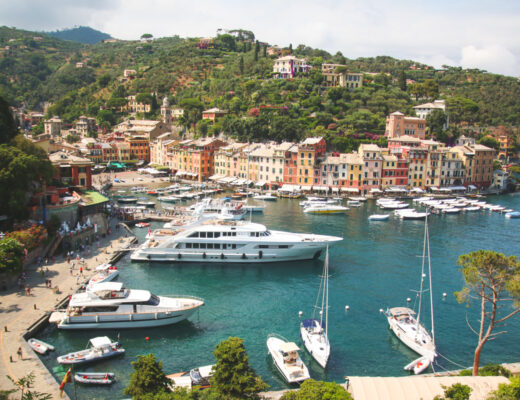